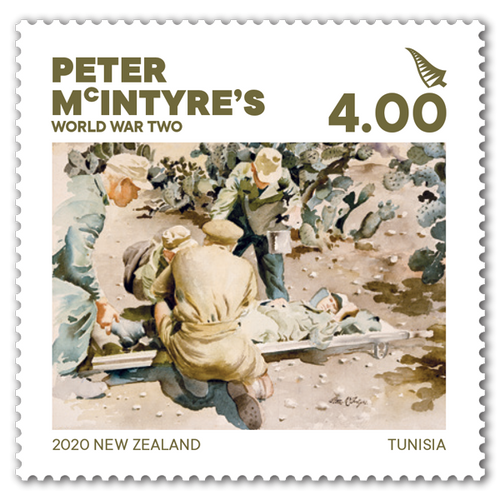 In 1943, McIntyre accompanied the New Zealand Division as they fought alongside the British X Corps in Tunisia, North Africa. McIntyre illustrated the final surrender after the successful Operation Supercharge II and the eventual defeat of the Axis in Tunisia in May, depicting a medical officer attending wounded Germans among Tunisian cactuses.

2014 Scenic Definitives - A Tour of Niue Sheetlet of Mint Stamps