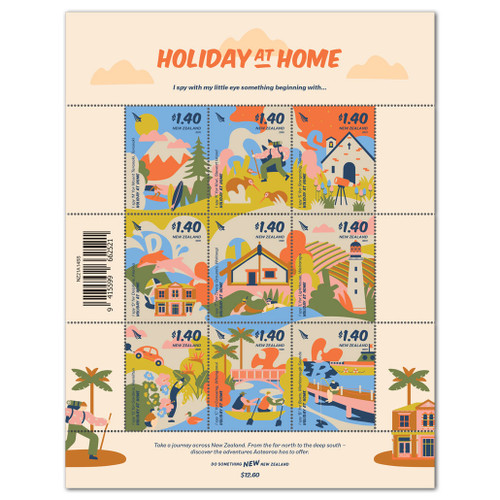 New Zealand’s contrasting landscapes and geological wonders are one of the best reasons to travel the length of the country. Mount Taranaki is a perfectly formed dormant volcano, pleasing to look at and New Zealand’s most frequently climbed peak.

Although we’re named after them, most New Zealanders have never seen a kiwi in the wild. Rakiura/ Stewart Island is one of the only places in Aotearoa where you can see these usually nocturnal birds in daylight.

Lake Tekapo is well known as one of the best places in New Zealand to stargaze – you can get an even better look at the cosmos through the Mount John observatory telescope.

Among other amazing sea life, Akaroa is where you can spot the world’s smallest and rarest dolphin – Hector's dolphin.

New Zealand’s most important historic site is a must-see for all Kiwis, with enough to explore for one or two days. Including museums, a carving studio, the Treaty House, Te Whare Rūnanga (Carved Meeting House), traditional Māori waka taua (war canoes) and a full programme of tours and cultural performances.

Several of New Zealand’s charming classic lighthouses can be viewed on various parts of the Wairarapa coastline.

The Waikato’s most popular tourist attraction is a collection of immaculately kept gardens that explore the history, context and meaning of gardens around the world.

Float down New Zealand’s longest navigable river in a canoe or kayak and visit the Bridge to Nowhere.

Fishing, cruising and water sports are all at your fingertips in the beautiful Marlborough Sounds.