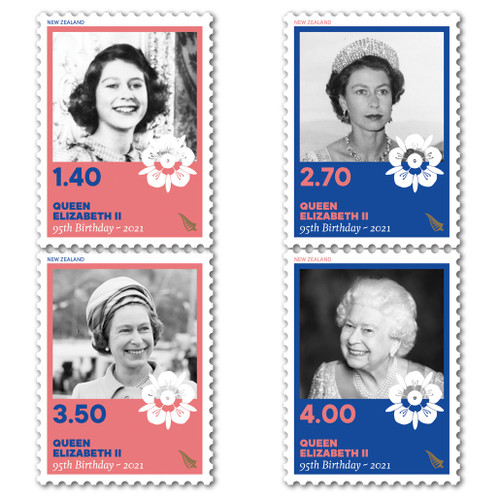 Queen Elizabeth’s life has always been one of duty. She gave her first radio address at the age of 14 to provide reassurance and support to the children of the Commonwealth who feared the events of World War Two.

The Coronation Tour of 1953/54 was the first time a monarch had set foot in the country. The tour lasted six weeks and saw the 27-year-old queen and her husband, Prince Philip, visit more than 45 different towns and cities from one end of the country to the other.

$3.50 A Lifelong Affection for Aotearoa

The Queen of New Zealand is not merely a title, but a position the Queen holds close to her heart. The affection she has for New Zealand is well known, and the rest of the royal family shares it with her.

In recent years the Queen has maintained the connection she treasures by sending younger family members to represent her, with her children and grandchildren visiting to ensure that the royal family’s relationship with Aotearoa will endure for generations to come.