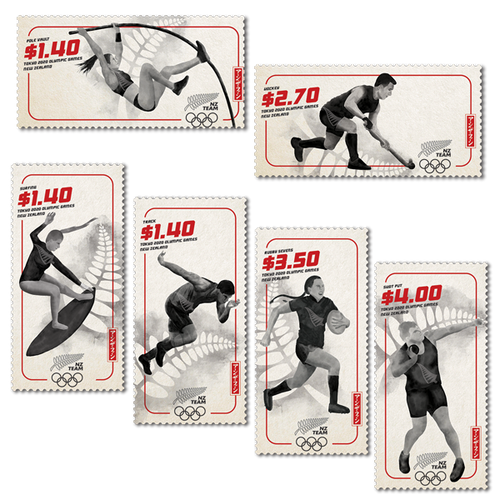 New Zealand has a proud Olympic history on the track. 1,500m runner Jack Lovelock paved the way, winning gold at the Berlin 1936 Olympic Games. He was followed by the late Sir Peter Snell, who won three gold medals across two Olympic Games.

Surfing will make its Olympic debut at Tokyo 2020 with 20 men and 20 women set to battle it out in the waves for a spot on the Olympic podium.

Pole vault is one of the oldest disciplines at the Olympic Games, making its debut in 1896. The sport sees athletes use a flexible pole to hurl themselves metres into the air and over a bar, making it an extremely impressive spectacle to watch.

Hockey is generally dominated by European nations, but at the 1976 Olympic Games in Montreal, the New Zealand men’s hockey team upset Australia to win gold, becoming the first non-Asian/European team ever to clinch the top podium spot.

Rugby sevens made its Olympic debut at the Rio 2016 Games, where the New Zealand women’s side won a hard-fought silver medal.

The words ‘New Zealand’ and ‘shot put’ have become synonymous in the past decade. Dame Valerie Adams has won two Olympic gold medals and one bronze, while Tom Walsh won a bronze medal at the Rio Olympic Games.