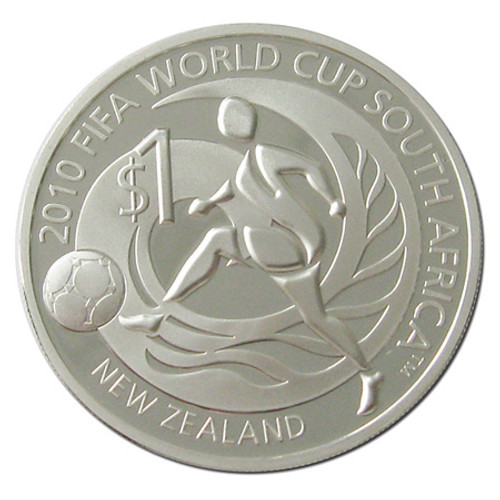 Designed in New Zealand, the coin’s reverse incorporates the fronds of a fern within a stylised New Zealand koru. The foreground depicts a symbolic image of a footballer. Officially authorised by the Fédération Internationale de Football Association (FIFA), this coin expresses the energy and skills of the game, and the prestige of a tournament rated second only to the Olympic Games in impact and stature.