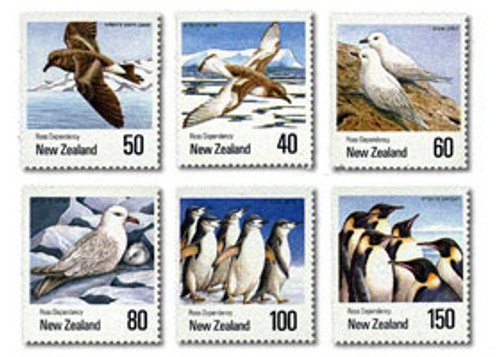 Ever since James Cook sailed his ships Resolution and Adventure south of the Antarctic Circle in January 1773, New Zealand has been closely linked with this vast, frozen continent at the bottom of the world. Cook called in at Dusky Sound to replenish supplies following his epic voyage of discovery. Numerous explorers since Cook have set off from New Zealand on ambitious and dangerous Antarctic expeditions of their own.

It is not surprising then, that the continent holds a special place in the hearts of New Zealanders. The legacy of exploration, however, is not the sole reason. Environmental issues have always been of paramount importance. We were the first nation, for example, to suggest that the Antarctic be turned into a World Park, free from exploitation.

Today, with the Antarctic under threat from pollution, mining and a potential tourist boom, the protection of its environment and wildlife is of great concern. The coldest and most desolate place on earth is, interestingly, home to an amazing abundance of life, including a few hardy and populous bird species - the subject of this special stamp issue.

"Survivors in a Harsh Climate" is an apt subtitle for this issue because the six species have in common the ability to breed and survive in unforgiving Antarctic conditions. The extreme climate makes survival a never-ending challenge. It is common for high percentages of eggs and chicks to be lost to bad weather, or killed by natural predators.

Emperors breed in winter on shelf or floe ice along the Antarctic coast.  Building nests is impossible so the single egg is kept off the ice by being balanced on the feet of the parent, sheltered by a fold of abdominal skin. The male incubates the egg for two months during which time he eats nothing. Meanwhile the female feeds at sea returning to feed the newborn chick while the male takes his turn to go for food.

Protection of the eggs during incubation is a full time job as predators such as skuas, gulls, giant petrels or sheathbills will quickly attack undefended eggs or young chicks.

The emperor likes company and is given to socialising. They accept humans as another quaint and rather clumsy kind of penguin just as we tend to think of them as quaint and clumsy humans.