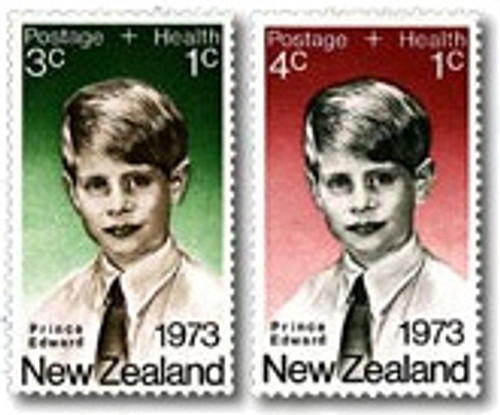 His Royal Highness, Prince Edward Antony Richard Louis Windsor, third son of Her Majesty, Queen Elizabeth II and Prince Philip, the Duke of Edinburgh, was born in the Belgian Suite overlooking the Palace gardens on 10 March 1964. He was christened on 2 May in the private chapel of Windsor Castle.

Children of the reigning monarch first appeared on Health stamps in 1943 when Queen Elizabeth II, the then Princess Elizabeth, and Princess Margaret were featured.  The proceeds of the 'Health' value of health stamps were donated to the Children's Health Camps movement.