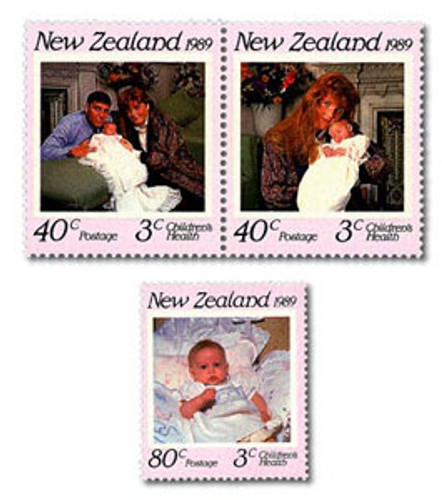 Since then, Royal children have appeared several times on New Zealand Health issues and in 1989 HRH Princess Beatrice of York, 1988's most famous baby, featured on the 1989 Health issue.

The proceeds of the 'Health' value of health stamps were donated to the Children's Health Camps movement.