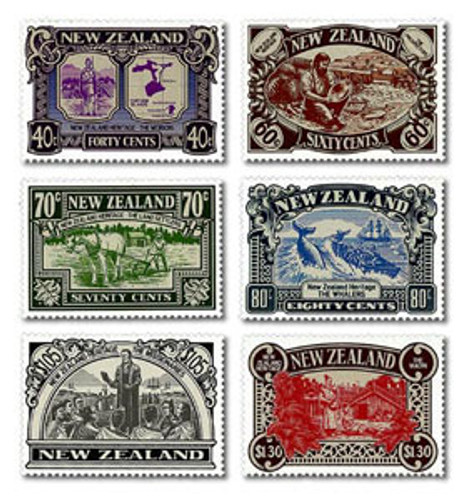 This issue titled 'The People' was another in the 'Heritage' series leading up to the 1990 150th anniversary celebrations in New Zealand.

These stamps focused on 'The People' who shaped our land.  Our early ancestors, from the first Polynesians who came here over 1000 years ago, to the immigrants of the nineteenth century who came from all parts of the world, to shape a new nation.  Although mostly from England and Scotland, Ireland and Wales there were others too - Germans, Americans, Chinese; people from many lands.

Product Listing for Heritige - The People