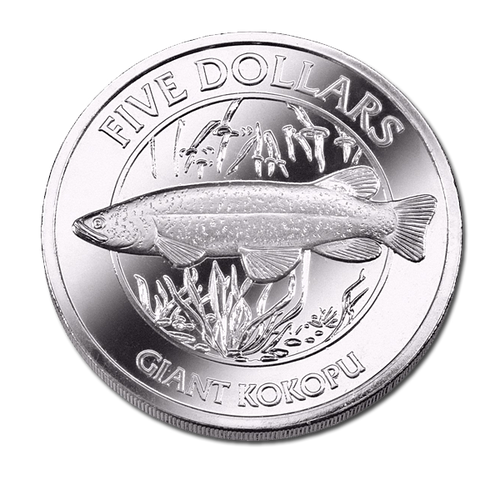 The 2003 annual brilliant uncirculated coin was expertly crafted and featured one of New Zealand's rarest and endangered native fish species, the Giant Kokopu.

The shy Giant Kokopu (also known as the Māori trout) had been thrust into the spotlight as the star of this superbly designed brilliant uncirculated $5 coin.

Struck to the exceptionally high standards of the Royal Australian Mint, this coin was mounted in a black jewellery case.

The reverse of the coin displayed a carefully crafted image of the Giant Kokopu; while the obverse contained Ian Rank-Broadley’s effigy of Her Majesty Queen Elizabeth II.