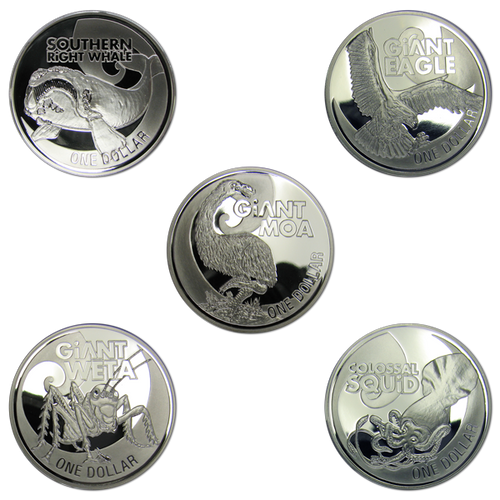 This limited edition set of five silver bullion coins displayed one of each of the giants that were also featured on the accompanying stamp issue.

The coins were sold as an individually numbered set, including information about the giants and were presented in an engraved New Zealand made case crafted from ancient Kauri. The informative authentication booklet also included a stamp of each animal from the accompanying Giants of New Zealand stamp issue.