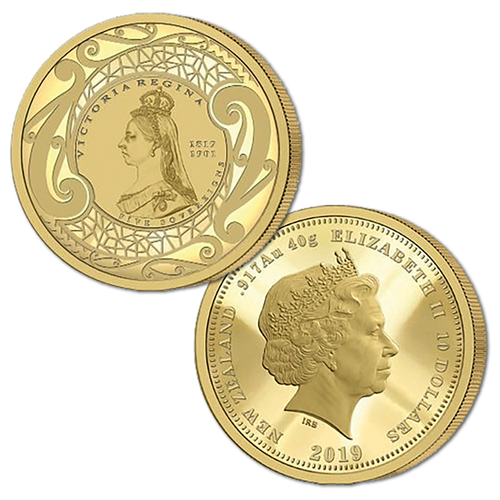 The Five Sovereign coin in medallic orientation is one of two 40g coins issued in the Queen Victoria 200 Years series.

On the Five Sovereigns piece is a celebratory portrait of Victoria – the Jubilee effigy. Created and issued on coinage between 1887 and 1893, the Jubilee effigy was relatively short-lived and celebrated Her Majesty’s 50th year as monarch. The effigy is framed with a koru design representing the royal generations past, present and future. A lattice stained-glass effect symbolises the web of territories that Queen Victoria reigned over during the early peak of the British Empire.