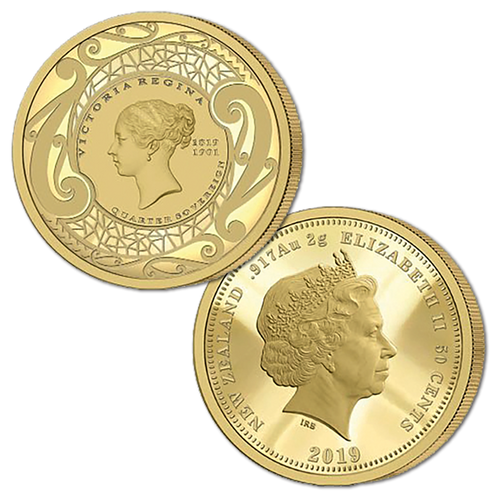 This small but perfectly formed gold proof Quarter Sovereign coin in flip orientation is one of three 2g coins issued in the Queen Victoria 200 Years series.