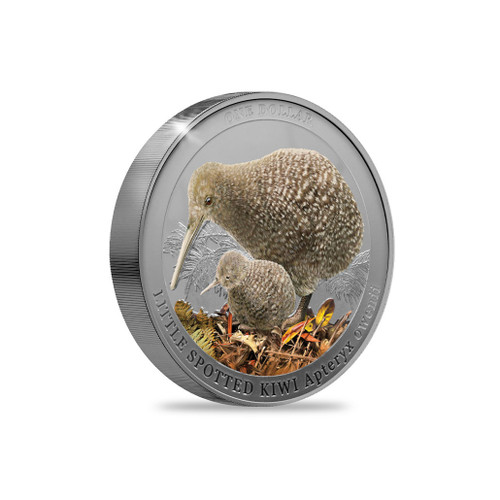 The male kiwi pukupuku parent will stay with the nest until the chick is mature enough to leave. With an illustration by Stephen Fuller, this coin depicts a kiwi with its chick, with colour printing highlighting the birds’ plumage and the leaf litter below. As well as engraved foliage, a mirrored proof finish surrounds the birds.