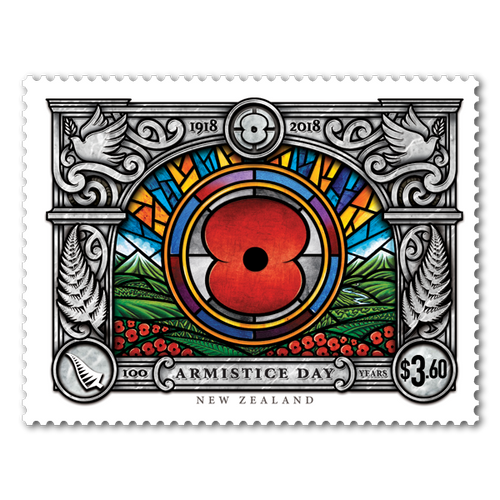 The coin features the red poppy of the Royal New Zealand Returned and Services’ Association (RNZRSA) at its centre. The three silver ferns on the wreath surrounding the poppy represent the three services (Navy, Air Force and Army) within the New Zealand Defence Force. They also symbolise past, present and future. The unfolding koru pattern evokes new beginnings. One of a set of five, the stamp also centres around the RNZRSA poppy, over a stained-glass window design bordered by an archway of doves, koru and ferns symbolic of a peaceful future.