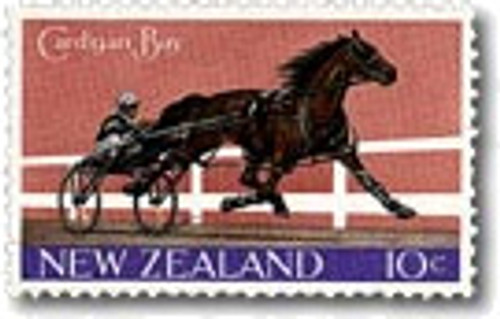 This stamp was issued to commemorate the return to New Zealand of Cardigan Bay, the first standard bred light-harness horse in racing history to win $1,000,000 in stake money.

After winning races in New Zealand and Australia, he was purchased by American interests in 1964.  For the next few years, under the guidance of famous reinsman Stanley Dancer, he was a dominant figure in American light-harness racing.  The durable gelding became recognised from coast to coast as a 'personality' horse and his duels with some of the all-time greats of racing have gone into harness racing archives as among the greatest races ever witnessed in the history of the sport.