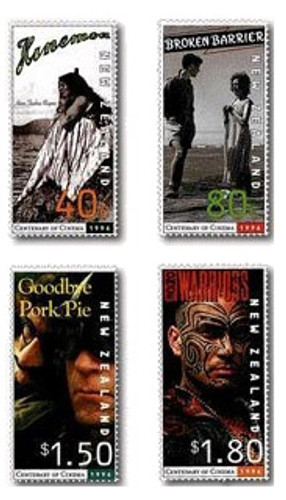 Louis and Auguste Lumiere began it all. On 28 December 1895 the brothers presented the first ever public screening of moving images in the billiards room of the Grand Cafe in Paris.

The world scrambled to catch up with the Lumieres and the French. Britain had its first commercial screening in January 1896 and other countries followed. New Zealand was not far behind. The first public screening of motion pictures in New Zealand took place at the Opera House, Auckland on 13 October 1896. Subjects included: Train in Full Motion; Sea Bathing; Electric Trams; Merry Go Rounds; Dancing Girls; London Streets; and others too numerous to mention.

Wellington got its first taste of the new sensation on 28 October, thanks to Australian showman James McMahon. McMahon then went on the road to screen films in Christchurch on 7 November and in Dunedin on 20 November. Government involvement in film production began in 1907 with a number of scenic films made by the Tourist Department. From 1923 the Government Publicity Office employed a full-time cameraman to make scenic films for local and overseas tourist promotion. In 1941 the National Film Unit was established to produce a weekly war information newsreel, the Weekly Review. The movies, or “the pictures” as they were most popularly known in New Zealand, enjoyed immense popularity and New Zealanders were among the most frequent cinema goers in the world. The arrival of television in 1960 seriously eroded their popularity with some experts predicting the end of movie going. In recent years however, the reverse has proved to be the case as people flocked back to watch movies in new multiplex cinemas.

New Zealand Post celebrated a Century of New Zealand Cinema with four stamps, each dedicated to a landmark New Zealand film. The stamps were chosen with the assistance of the New Zealand Film Archive.

Product Listing for Centenary of Cinema