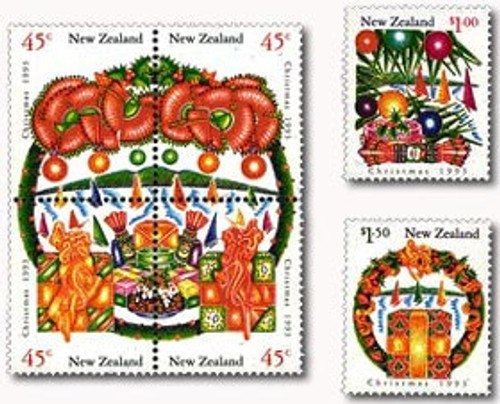 The Christmas 1993 stamp issue included a montage of different images commonly associated with the festive season. Among them, was the explosively popular Christmas cracker. Whilst no Christmas feast would be complete without the ritual pulling of crackers, not many people know where this unusual tradition came from.

In fact, we owe it all to a Victorian confectioner's apprentice called Tom Smith - who, back in 1847, made a trip to Paris to gather ideas and seek out new innovations in the confectionery business. Something that caught his eye, and his imagination, was a display in a small shop window of sugared almonds wrapped in small twists of coloured tissue paper. Tom brought this idea back to Britain, and although the public responded well, demand for his 'bon-bons' declined following the Christmas period. So he decided to give them a seasonal touch. First, he added a little message inside each of the wrappers, and then he had the inspiration (while sitting at home in front of a cracking log fire) to put a 'bang' into his bon-bons! It took Tom two years to develop the friction strip that produced the bang, however he was richly rewarded for his time and effort as the newly invented 'Christmas cracker' became a huge success.