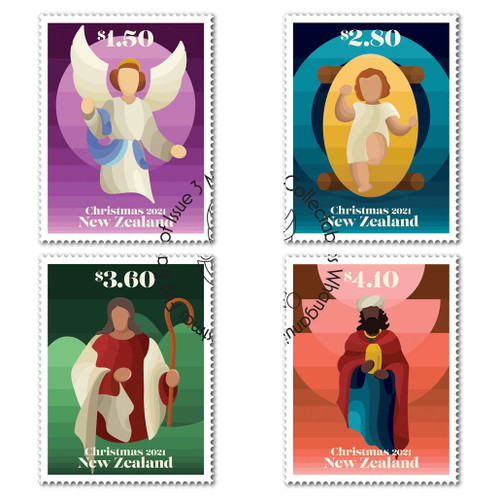 $1.50 Angel - The Angel Gabriel appeared before the Virgin Mary and said, “Do not be afraid, Mary, for you have found favor with God.” The angel told her that she would conceive a son, and she would call him Jesus.

$2.80 Baby Jesus - The Nativity story tells us that Mary and her husband Joseph traveled to Bethlehem, where Jesus was born in a humble stable.

$3.60 Shepherd - Meanwhile in the hills outside Bethlehem, an angel appeared before shepherds who were watching their flock. The angel said the son of God had been born, and they would find him in Bethlehem.

$4.10 Wise Man - A bright star appeared in the sky to signal that a great ruler had been born. Three wise men followed the star to Bethlehem, taking with them gifts of gold, frankincense and myrrh.