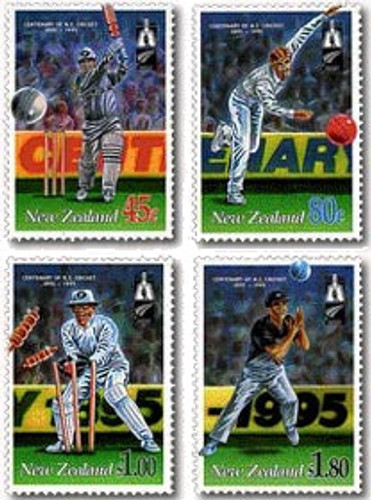 Cricket is one of New Zealand's oldest organised sports having made its debut in this country over 150 years ago.

This most English of games was introduced to this country by missionaries - an early report mentions a game having been played at the Waimate North mission station in the Bay of Islands in 1835. British immigrants also brought the game with them as they settled in their new country.

By the 1860's and 1870's inter-provincial competitions were being contested, English and Australian tours were taking place and the popularity of the sport continued to increase. It became clear that its administration needed to be formalised on a national basis and therefore, on 27 December 1894, the New Zealand Cricket Council was introduced.

One hundred years later the game is still as healthy and strong as ever and is one of the most popular sports in New Zealand. Women's cricket emerged in the 1920's and a national Women's Cricket Council was established in 1934. In 1992 the Women's Cricket Council was merged with the board of New Zealand Cricket giving men's and women's cricket a single administration in this country.

One of the most popular summer pastimes in New Zealand is to go down to the beach - swim, sunbathe, picnic and have a game of beach cricket. It only needs a soft ball and a piece of wood for a bat, a few sticks for the wickets and the fun begins. This game bears little resemblance to the cricket of the stadium or even the village green - there are few rules, no age limits and as many people as care to can play at once.