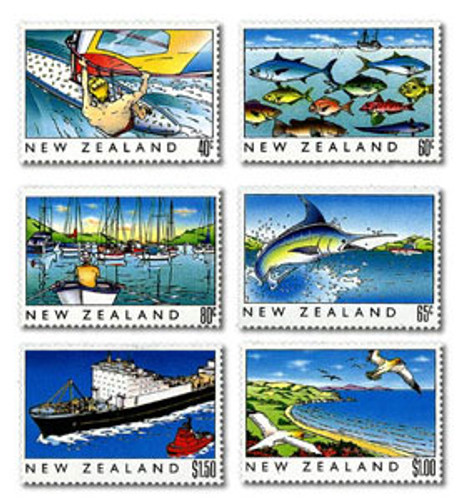 This issue titled 'The Sea' was another in the 'Heritage' series leading up to the 1990 150th anniversary celebrations in New Zealand. The sea has played, and continues to play, a significant part in our island life.

Time and tide have truly shaped this land. Until 500 million years ago New Zealand was part of the seabed on the edge of a vast continent made up of Antarctica and Australia. Now it has risen as a series of broad ridges from the Pacific Ocean floor, 1,600 kilometres to the east of our nearest neighbour, Australia.

This relative geographical isolation gave the sea power to determine much of our social and economic history. A power that will surely continue long into the future.

Product listing for Heritage - The Sea