On 24 June, Aotearoa New Zealand celebrates its first Matariki public holiday. For some, Matariki will be a relatively new event in their annual calendar, but for others it’s a well-established tradition that stretches back centuries.

Matariki is the Māori name for the cluster of stars also known as the Pleiades. (Te Ara – the Encyclopedia of New Zealand) The appearance of this star cluster marks the beginning of a new year, an important occassion recognised in different ways throughout Aotearoa. Traditionally, whānau, family and friends have gathered together to reflect on the past year, celebrate the present, and plan for the year ahead. For many, Matariki was and still is aligned to planting and harvesting food. In recent years public displays of fireworks have marked the occassion, and communities, schools and both Māori and Pakeha families have found new ways to celebrate Matariki.

The name ‘Matariki’ is an abbreviation of ‘Ngā mata o te Ariki Tāwhirimātea’ (The eyes of the god Tāwhirimātea) who is the weather god, also known as the god or atua of winds, clouds, rain, hail, snow and storms. The Matariki 2022 stamps and coins are illustrative of the story of Tāwhirimātea who, after his brothers separated his much-loved parents Ranginui (sky father) and Papatuanuki (earth mother), in a rage tore out his eyes and threw them into the sky.

The 2022 stamps and coins are the latest in a string of NZ Post items produced in celebration of Matariki. The first set of six stamps was produced in 2008. These stamps encapsulated some key concepts important to Matariki including Ranginui and Papatuanuku and the origin story, whakapapa, an acknowledgement of the ancestors, and the dawning of a new year. 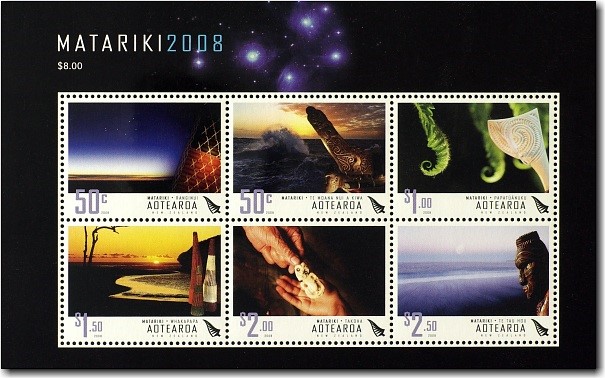 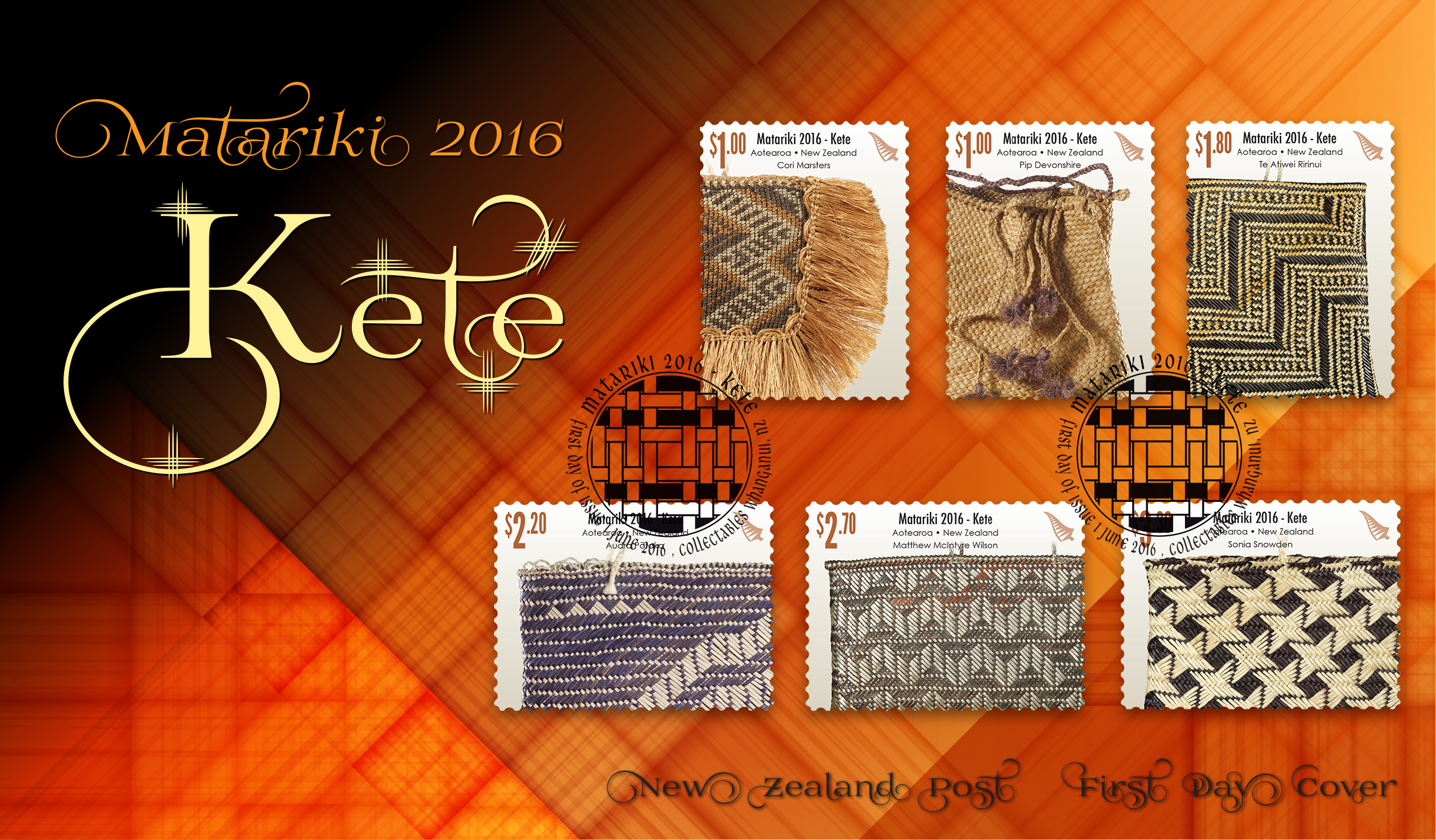 Others were closely aligned to telling a story or the significance of a Māori design elements like the koru or kowhaiwhai pattern. Each stamp issue shared an important aspect of Māori culture and provided a glimpse into te ao Māori (the Māori world view).The 2014 stamps featured artworks by some of Aotearoa’s best Māori artists. These stamps included works by Cliff Whiting, Phil Mokaraka Berry, Kura Te Waru Rewiri, Fred Graham, Pauline Kahurangi Yearbury and Robert Jahnke.

NZ Post began releasing legal tender commemorative coins in acknowledgement of Matariki several years ago, the most recent examples were the 2020 Sun and the Moon coins followed by a set named Ngā Hau e Whā -The Four Winds. Both sets of coins depicted themes that were important to Matariki, and both were designed by the award-winning Dave Burke in consultation with Māori cultural advisor Luke Crawford.

However, the 2022 Matariki coin is the first that specifically names ‘Matariki’ and is illustrative of the Matariki story. Designers Kaaterina and Tai Kerekere from KE Design based in Ūawa, Tolaga Bay created the 2022 coin and stamps. They are passionate about their identity and heritage. As Kaaterina explains, ‘Māori art and design is one of the key identifiers of our cultural identity and heritage. The icons, motifs and stories are unique to our whānau, hapū and iwi.’