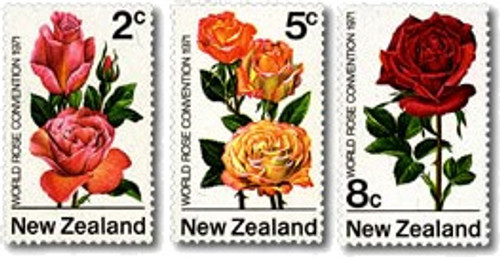 To commemorate the first World Rose Convention held in New Zealand, a special issue of three rose stamps was released.

The Convention was staged in Hamilton in November 1971.

Tiffany Rose - 2c
A scented American rose with salmon-pink flowers and a golden colour at the inside base of the petals.