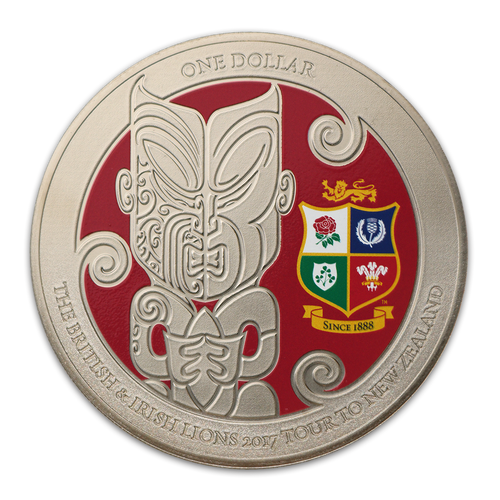 This limited edition mixed metal coin was packaged in premium display card that featured imagery relating to The British & Irish Lions, as well as further information on the team’s history and their 2017 New Zealand tour.

The coin design depicted rugby players from New Zealand and The British & Irish Lions coming together in a hongi. The hongi is a sacred Māori physical embrace wherein two people become one by pressing noses and foreheads together. The British & Irish Lions badge is a historic and cherished symbol that represents the union of four rival nations. This along with the red colour of the background present a clear connection to the long established team.