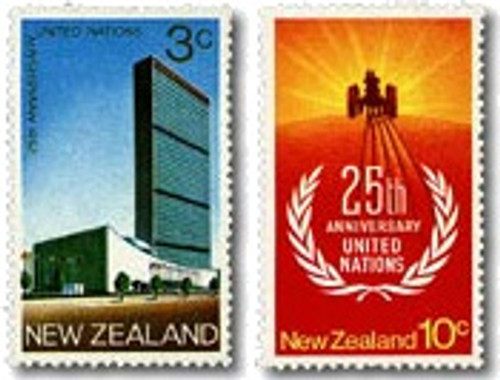 The United Nations was established to keep the peace of the world. It was founded at the end of World War II with its first meeting taking place in San Francisco on 25 April 1945.

Two stamps were issued to commemorate the 25th Anniversary of the organisation - the theme adopted by the United Nations for the celebrations was "Peace and Progress".  R M Conly designed the 3c stamp and L C Mitchell the 10c stamp.

25th Anniversary of the United Nations - 10c
This design depicted "Peace and Progress" in symbolic style.