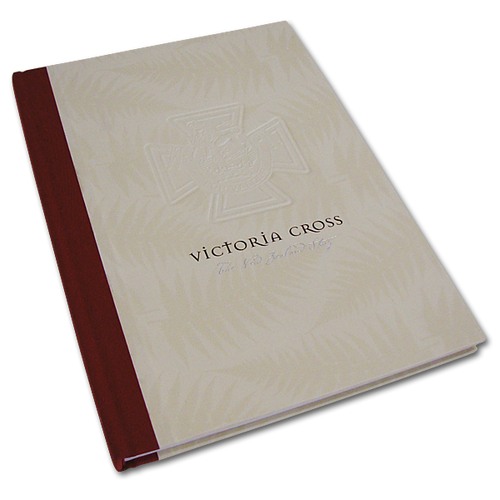 In total 21 men won the Victoria Cross representing New Zealand from February 1864 (Captain Charles Heaphy) to August 1943 (Flying Officer Lloyd Trigg (RNZAF). This included two awards of the Victoria Cross to Charles Upham. In 1999 the Queen of New Zealand instituted the ‘Victoria Cross for New Zealand’ and the only recipient to date has been Corporal Willie Apiata for his gallantry in Afghanistan. Corporal Apiata is still a serving member of 1 NZSAS Group today.

The bravery and sacrifice of New Zealand's Victoria Cross recipients are inspirational, and their stories remarkable. Sergeant James Edward Allen Ward, RNZAF, was the Second Pilot in a Wellington bomber on operations over Holland in 1941. When the bomber was hit by incendiary fire from a Messerschmitt 110, fire broke out in the Wellington’s starboard engine. With the fire taking hold rapidly, Ward successfully ventured out onto the wing and put out the fire, saving his own life and those of his comrades.

Stories such as Sergeant Ward’s showcase the unrelenting bravery displayed by the Victoria Cross winners, and justify its rank as the highest award in our military forces. Each of the recipients has their own valiant story, which is told in detail in the unique publication: Victoria Cross - The New Zealand Story.

A truly inspiring read, it’s the only book of its kind that comprehensively pays tribute to the Victoria Cross recipients of New Zealand. The 108 pages are bound within a fabric hard cover that features stunning silver foiling. Inside you'll find fascinating information, including a vast array of imagery, from photographs to paintings, citations and maps.

As well as telling captivating stories, the publication is your only chance to obtain some unique stamp products that are not available elsewhere. Throughout the publication, you will find miniature sheets for each of the Victoria Cross recipients, along with short descriptions detailing their acts of valour.

Also included is an exclusive stamp sheet that is different from the one available individually. Each stamp in the sheet features one of the 22 Victoria Cross winners, in the order in which they received their medal. Collectables like this are the perfect accompaniment to this high-quality publication.