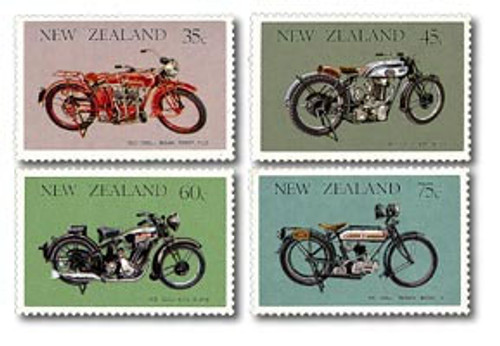 The concept of the motorcycle was a logical progression from the transport options of the day. In the late 1800s, bicycles existed and were widely used. Engines existed too and the logic of using engines to take the work out of cycling soon became apparent.

The early motor bicycles were commonly referred to as 'motor assisted bicycles', and in effect, that is what they were.  Pedal power was required to get them started, until the engine could take over.  Through research and a lot of trial and error, a successful 2-wheeled motorcycle was eventually produced; one that offered safe, fast, healthy and personal transport. Modern riders, influenced by the latest models from overseas, would not hesitate to describe these early motorcycles as museum pieces.  Yet, by their sturdiness in coping with rough conditions, and the years of reliable and pleasurable service they gave to their owners, these machines have earned a high ranking in the annals of this country's early transport.  The motorcycles shown on the four stamps of this issue are indeed a far cry from the sleekly-designed sophisticated machines we see on today's roads.