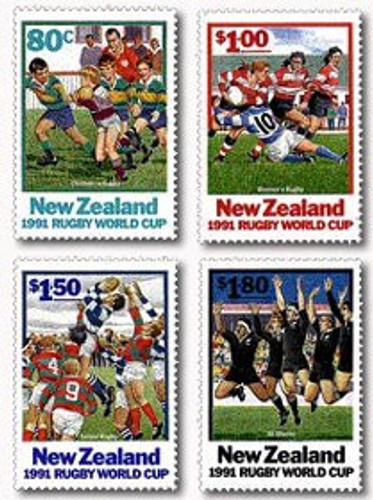 William Webb Ellis is said to have started it all at Rugby School in England when, in 1823, on the spur of the moment, he picked up the ball and ran with it. With that deviation from the existing rules of football, a completely new game may have been born. Whether this was the real beginning of the game of rugby as we know it today or not, the occasion will continue to be talked of whenever the annals of the game are discussed. The sport's premier international trophy, the Rugby World Cup, carries his name.

In 1870, rugby was introduced to New Zealand by Charles J Monro who, having observed the game while completing his secondary education in England, returned to his Nelson home and persuaded the Nelson Football Club to take up this exciting new sport. Within two decades rugby had spread the length and breadth of New Zealand. In 1882, a team from New South Wales, Australia, was the first international side to tour this country, and the first British team arrived in 1888.

The New Zealand team to tour the United Kingdom in 1905 resplendently uniformed in the now famous black jersey and silver fern, were the first team to be named, the All Blacks. In the intervening decades, a procession of teams have taken to the field in rugby playing countries all over the world.

The exploits of these teams have been the subject of almost unending study, discussion, argument and opinion - as would be expected considering that rugby is now part of every New Zealand community with followers and players from every walk of life.

Incorporating the $1.80 stamp the miniature sheet carried a surcharge to raise funds to help support the hobby.