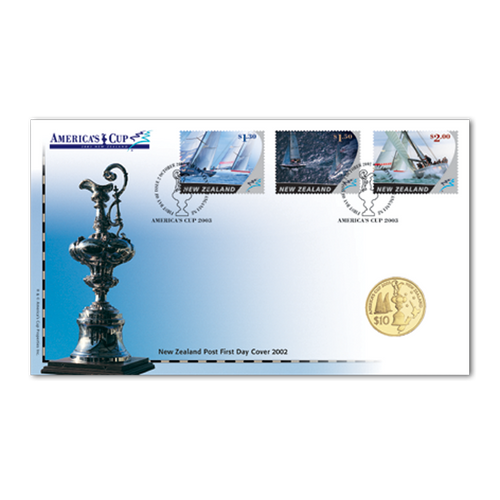 To celebrate this international sporting event, we made a special limited edition product containing the best of both worlds - stamps and a coin!

Struck to the highest possible quality by the Royal British Mint, this fabulous $10 coin celebrated the 151st year of the oldest international sporting contest in the world.

The brilliant uncirculated coin in this philatelic numismatic cover (PNC) was made of a nickel brass mixed metal and was gold plated. The reverse of the coin displayed carefully crafted images of the America's Cup against New Zealand, the Southern Cross and two yachts mid-race. The obverse contained Ian Rank-Broadley’s effigy of Her Majesty Queen Elizabeth II.