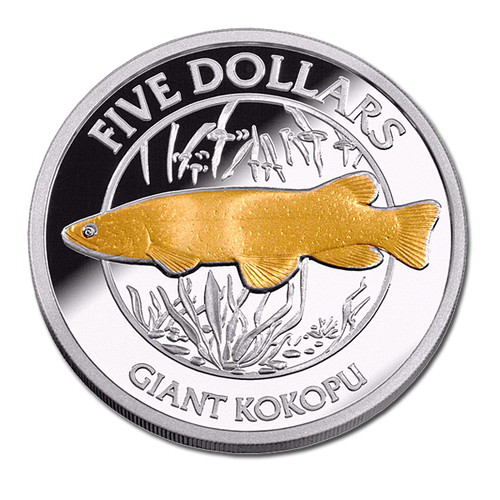 We paid tribute to one of New Zealand's endangered fish species with this special silver proof coin featuring the Giant Kokopu.

Struck to the exceptionally high standards of the Royal Australian Mint, this coin had been selectively plated with gold to enhance its design.

The reverse of the coin displayed a carefully crafted image of the Giant Kokopu; while the obverse contained Ian Rank-Broadley’s effigy of Her Majesty Queen Elizabeth II.