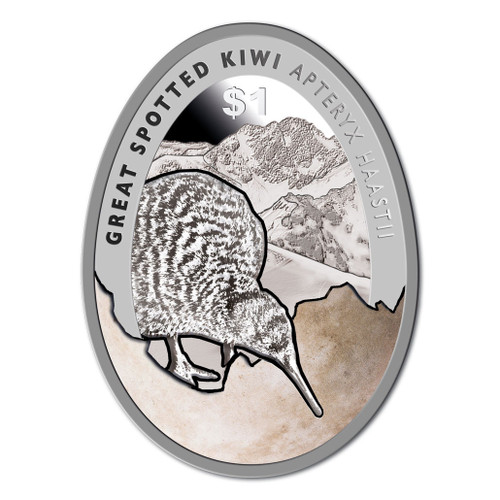 Accompanying the gold proof coin is the 1oz silver proof coin, minted from 0.999 silver and printed with selective colour. This $1 coin won’t disappoint and will make an excellent addition to any kiwi coin collection.