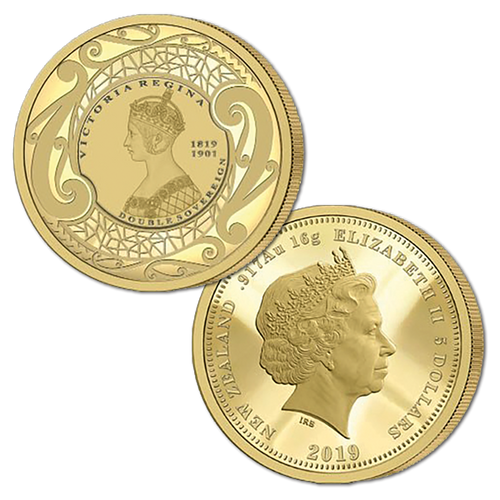 The Double Sovereign coin in flip orientation is one of two 16g coins issued in the Queen Victoria 200 Years series.

Invoking thoughts of a medieval time, the Gothic portrait featured on a handful of crowns and all florins from 1847 until 1887. The Gothic effigy of Queen Victoria appears on the Double Sovereign here. The effigy is framed with a koru design representing the royal generations past, present and future. A lattice stained-glass effect symbolises the web of territories that Queen Victoria reigned over during the early peak of the British Empire.