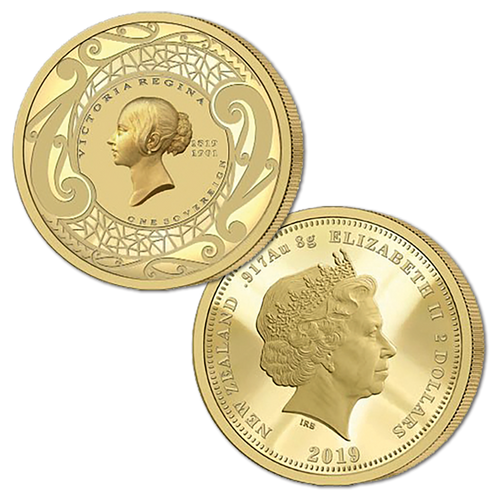 The One Sovereign coin in flip orientation is one of two 8g coins issued in the Queen Victoria 200 Years series.

Wonderfully, and romantically, the effigy that appears on the full sovereign features a portrait of Queen Victoria taken from a contemporary medal, struck in commemoration of the 1840 wedding of Queen Victoria to Albert. The effigy is framed with a koru design representing the royal generations past, present and future. A lattice stained-glass effect symbolises the web of territories that Queen Victoria reigned over during the early peak of the British Empire.