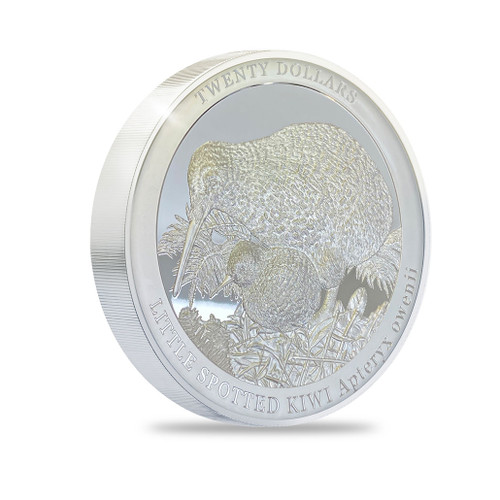 This stunning 1kg coin will be the pride of any collection. With an illustration by Stephen Fuller, this coin depicts a kiwi with its chick in high relief. As well as engraved foliage and leaf litter, a mirrored proof finish surrounds the birds on this 1kg, 100mm coin.