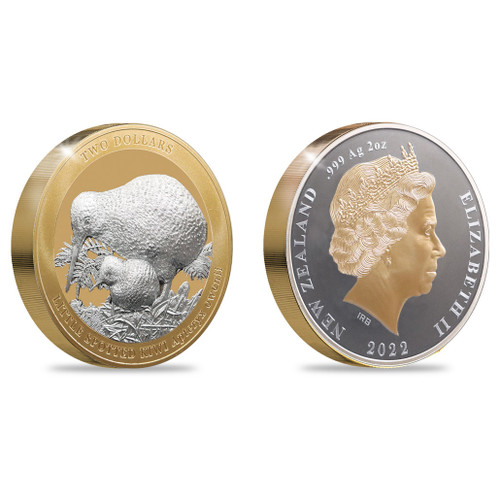 The male kiwi pukupuku parent will stay with the nest until the chick is mature enough to leave. With a black proof finish, this high-relief coin features elegant gold plating over the kiwi and chick, depicted in their natural habitat.