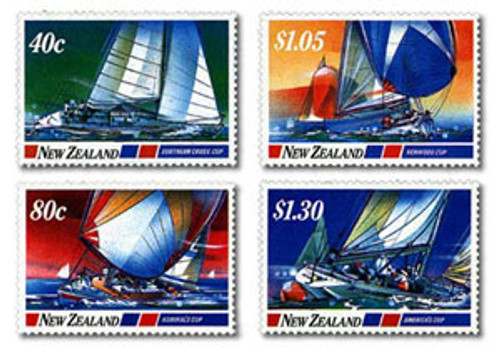 New Zealand's KZ7's marvellous attempt to win the America's Cup in the waters off Fremantle, Western Australia, in the summer of 1986-87 focused the attention and admiration of yachtsmen the world over on New Zealand.

That New Zealand did so well in its first assault on the most important event on the international yachting calendar is a tribute to designers, builders, and sailors - and the syndicate which backed the challenge.

It was the skills developed and honed in other Blue Water Classics in recent years that took New Zealand so far in the America's Cup. As a tribute to New Zealand's participation in ocean racing, a set of four stamps was released..