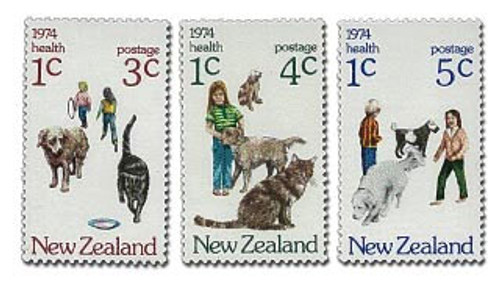 A surcharge on Health stamps helps to finance the maintenance of six permanent New Zealand Health Camps for children.  The first permanent health camp was established at Otaki by the Wellington Children's Health Camp Association.  This camp was opened in 1932, and was soon in continuous use.  By 1936 so many health camp associations were organising camps that a National Health Camp Federation was formed, and in the following year the King George V Memorial Appeal raised a sum of 176,000 Pounds for the establishment of five further permanent Health camps.