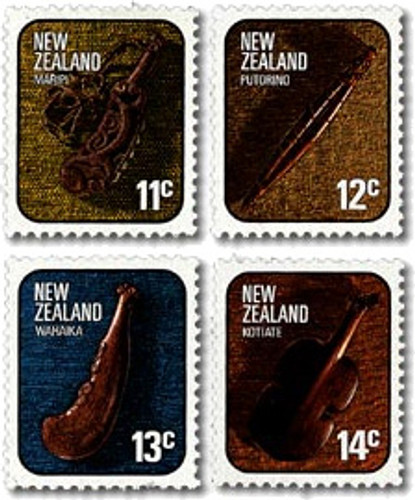 Four priceless Maori artefacts collected during Captain Cook's voyages of discovery to New Zealand were depicted on these Definitive stamps.

Maripi - 11c
An intricately carved wooden knife edged with shark teeth.  Reputed to have been used for cutting flesh - possibly human flesh - it may also have been used as a weapon.

Putorino - 12c
A carved flute with an unusual double tube played as a solo instrument or to accompany a song.

Kotiate - 14c
A ceremonial form of another hand-to-hand weapon.