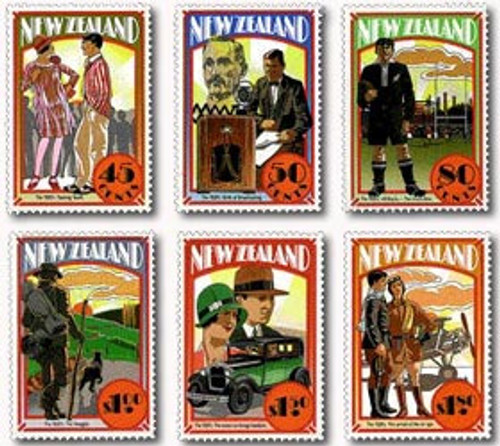 The 1920s were a good time to be alive. Sandwiched between World War I and the Great Depression, they were an oasis of peace and prosperity.

They were boom years in New Zealand. The toll from war and disease touched countless homes and the losses would never be forgotten. But in this war weary country, youth, both male and female, were ready to rebel a little, to test the limits of social customs. It was youth that became a force of its own for the first time.

The arrival of the 'wireless', reliable motorcars, the cinema, The Invincibles and increased leisure time, combined with a post-war mood of release and optimism, created a period known for its love of fun and leisure activities.

On 11 September 1928 a three-engined Fokker called 'The Southern Cross', flown by Charles Kingsford Smith, landed in Christchurch after setting off from Australia. The country went aviation mad - the air age had arrived.