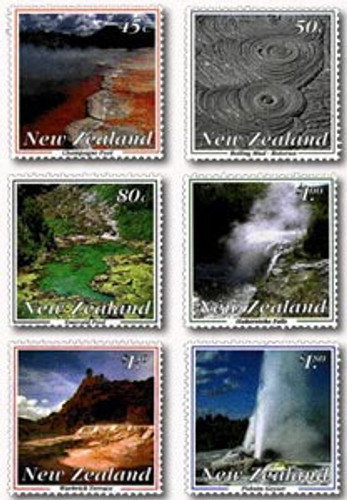 It is hard to visualise two million cubic metres of molten rock and ash erupting and causing a lake to be completely obliterated. Moreover, steaming craters stretching some 16 kilometres appearing where the lake, Lake Rotomahana, had been - the legacy of the 10 June 1886 Mt Tarawera eruption. The awesome strength of natural forces unleashed in a manner difficult to imagine, let alone understand. But there, in one night, more than 100 people were killed and the destruction of natural features, already famous beyond our shores was of a scale unprecedented in this young country.

A scar of such magnitude cannot heal overnight and the evidence can still be seen and wondered at to this day. The Pink and White Terraces, fortunately captured by the artists of the time as one of the natural glories of the world, were lost overnight. The brilliance of their fan-shaped staircases formed over unknown centuries, the spectacular colour captured in silica, all gone in hours.

But all was not lost and Rotorua still attracts visitors from the four corners of the globe anxious to see for themselves these places of bubbling hot springs, boiling mud, erupting geysers, steaming pools and rocks, and eerily cratered volcanic landscapes, the natural thermal wonders of the Rotorua region, Taupo and Tongariro National Park.

After the first non-Māori to see Rotorua - a Danish trader, Philip Tapsell - in 1830 it was not until the 1870s that white settlers began to arrive in any numbers due to tribal warfare between the Arawa and Waikato Māori and later the Land Wars which made it unsafe. They encountered thermal activity for the first time in their lives and were both astonished and delighted with what they saw. Word of the wonders spread as to the reputation of the hot mineral-laden pools as places to cure all manner of ills, both real and imagined. Tourists from the other end of the earth made their way to New Zealand to experience the healing capabilities of the spas.