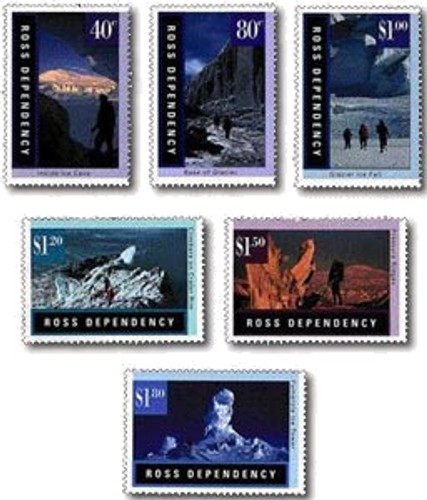 New Zealand's claimed territory in the Antarctic, the Ross Dependency, is justly famous for the variety and beauty of its wilderness landscape.

From the ice-choked shores of the Ross Sea to the buckled pressure ridges on the fringe of the massive Ross Ice Shelf the Ross Dependency's landscape changes dramatically towards the interior of the 'seventh continent'. The Transantarctic Mountains, with peaks rising over 4,000 metres and all extensively glaciated, dissect Ross Dependency separating the coastal region from the high ice plateau of the East Antarctic Ice Shelf. Active volcanoes, like Mount Erebus are also important features of the Ross Dependency.

Following the heroic era of exploration in the early 1900s, Great Britain entrusted Ross Dependency to New Zealand's stewardship in 1923. Since the International Geophysical Year and the construction of Scott Base in 1957, New Zealand scientists and support staff have been carrying out research in the territory. They have developed skills to travel safely and can live comfortably in this forbidding ice terrain. They also abide by a 'code of conduct' that minimises their impact on this pristine environment.

2020 Ross Dependency: Seasons of Scott Base Set of Mint Stamps

2018 Round Kiwi Set of Value Blocks