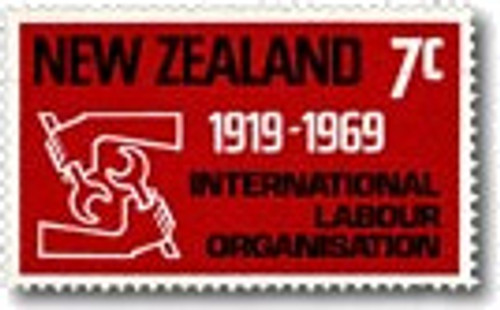 The International Labour Organisation which was founded under the auspices of the United Nations in Geneva in 1919 asked through the Universal Postal Union for member countries to issue a stamp to commemorate their 50th anniversary. The New Zealand Post Office agreed to issue such a stamp, and at the request of the ILO the background of the stamp was made a garnet-red and the denomination matched to that of a principal overseas postage rate.

7c
The symbolic design and the garnet red colouring of the stamp were in accordance with basic specifications supplied by the International Labour Organisation.