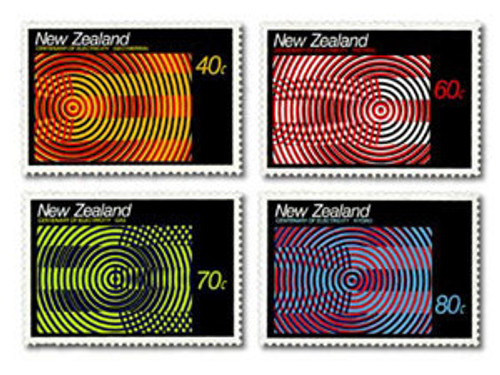 New Zealand's beginning as a nation was marked by the signing of the Treaty of Waitangi in 1840. Little more than 25 years later, the first hydro-electric power was being generated by crude installations in the goldfields of the South Island.

In 1888, one of these gold mining centres, now the town of Reefton, became the first community in the Southern Hemisphere to switch on to municipal hydro-electric power.  This was only six years behind similar developments in the United States of America.

After Reefton, other pockets of private and commercial electricity generation were established throughout the country.  In 1904, a detailed survey of New Zealand's power potential described the country as "the powerhouse of the Orient".

Product Listing for Centenary of Electricity