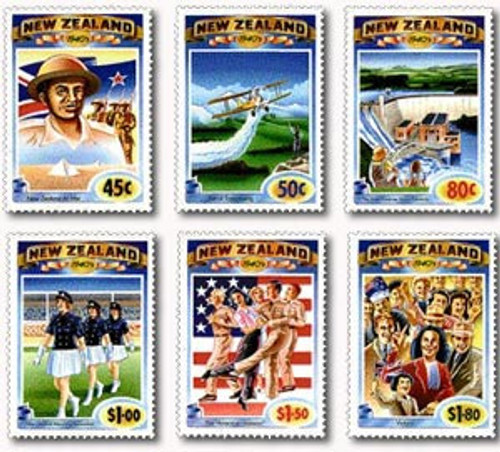 It was a decade of enormous contrast. From the harsh tragedy and shortages of war ... to VJ Day ... to the enormous nationwide party which seemed to continue right through the latter half of the 1940s. The pendulum had swung.

Those who were around in the 40s - as children, as civilians or in the services - can recall the extremes of war and the celebration of peace. It was a decade which saw New Zealand come of age. Fresh from the hardship of the 1930s depression, then plunged into war, New Zealand became a mature society with a developing sense of national identity. It was a turning point, as the 'New Zealander' - a person with national pride and values - began to emerge.