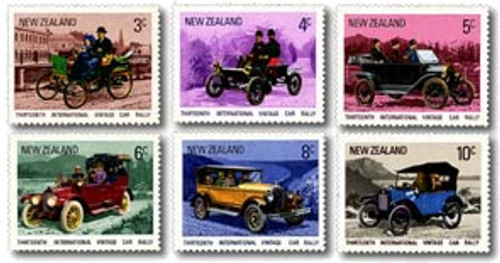 The 13th International Vintage Car Rally was held in New Zealand in February 1972. The rally was held at Richmond, Nelson, and attracted entries from all over the world.

The six cars depicted on this stamp issue illustrate the development of the motor car in New Zealand, from the earliest pioneering period to the introduction of the economy light car.  Backgrounds to these stamps are appropriate to both the time and areas in which the cars were used.

2018 Round Kiwi Set of Logo Blocks