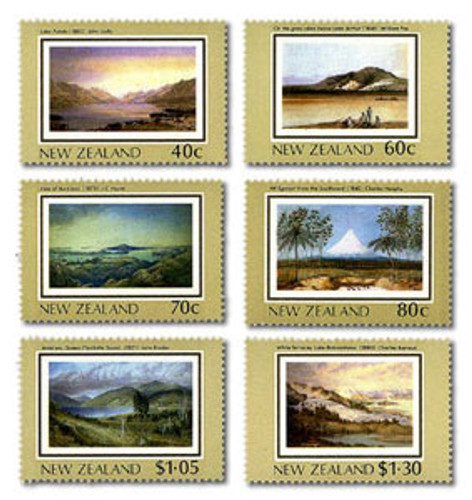 This issue was part of a Heritage series of stamps leading up to the 1990 150th anniversary celebrations in New Zealand. The year 1990 marked 150 years since the signing of the Treaty of Waitangi.

To commemorate this landmark a series of stamps celebrating the country's heritage were produced.  This issue Heritage - The Land consisted of a set of six stamps featuring reproductions of early New Zealand paintings completed by some of the country's most famous 19th century artists.

These artists interpreted the crystal clear light and rugged scenery in a romanticised European fashion.  Their paintings were often sent to England as the first record of the new found frontier - persuading many settlers to emigrate.

Product listing for Heritage - The Land