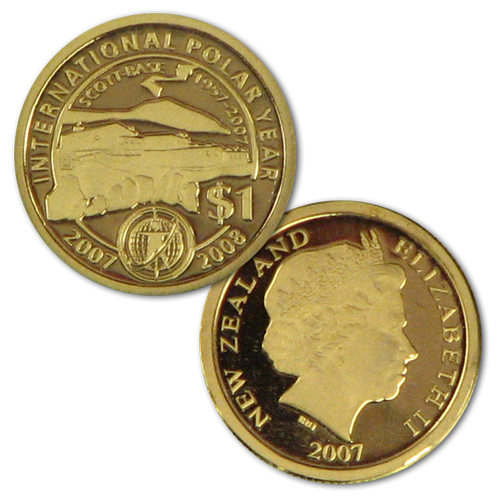 This beautifully crafted mini gold poof coin was released to celebrate the 50th anniversary of Scott base and the 2007 celebrations of International Polar Year.

This was a beautifully crafted $1 mini gold proof coin presented in a capsule nestled inside a presentation box which was surrounded by a colourful outer shipper.

Every effort had been made to produce a realistic design of Scott Base on this coin. The design was carefully drawn, based upon a photograph of the base. The coin also included the International Polar Year logo which highlighted New Zealand’s ongoing support to the research efforts in Antarctica.