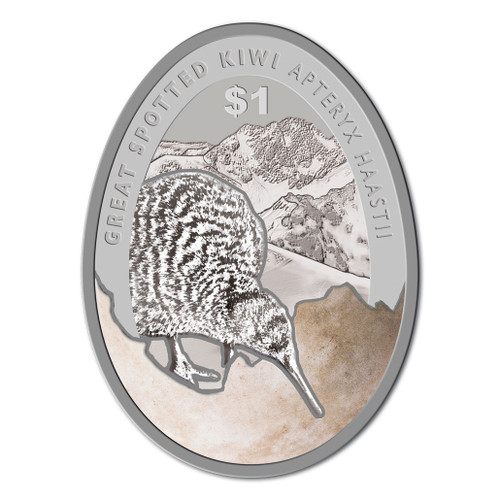 Rounding out this visually striking issue is the silver specimen coin, minted from 0.999 silver. Although the specimen has a different finish from those of the two proof coins in this collection, it still incorporates the selective colour and is the affordable way to include this attractive coin in your kiwi coin collection.